Cosmos (ATOM): What Is It & How It Revolutionizes the Crypto Industry? 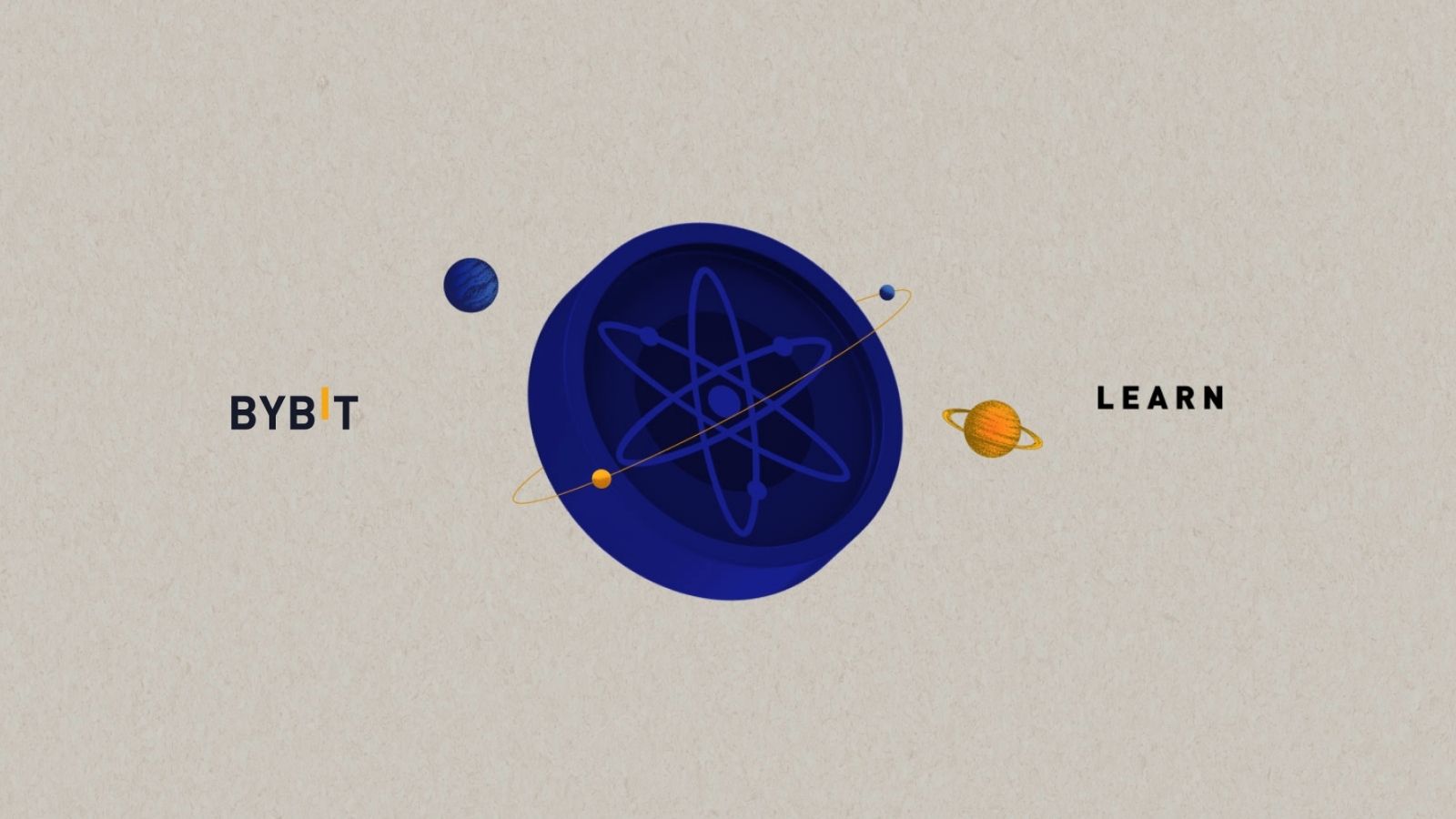 Interoperability has been a struggle for most blockchains to exchange usable data and for cross-chain communication. Since the blockchain is undeniable rigid, developers are left with two choices — either fork the code to build their own chains or uses middleware systems to bridge the gaps. Since Cosmos focuses on customizability, that is precisely how Cosmos’ Inter-Blockchain Communication protocol thrives. While the tools provided help facilitate the building of decentralized applications (DApps) on the Cosmos network.

Shortly after its launch, Cosmos successfully climbed the ladders in the crypto market as one of the most promising investments in 2021. But what has Cosmos brought that makes it stand out from the rest? Also, could it be a sign for Cosmos to overtake some of the crypto titans that promise a similar projection?

What Is the Cosmos Network?

Cosmos is dubbed the “internet of blockchains” that aims to create a network to bridge the gaps for cross-chain to exchange data without central supervision and streamline transactions. The Cosmos Hub serves as a central network to connect the different chains into a dedicated zone to interact with one another. The native token (ATOM) is used to sustain the ecosystem by rewarding validators and staking.

In 2014, computer scientist Jae Kwon developed Tendermint, an open-source blockchain launching software. The Cosmos network was then launched through the Interchain Foundation (ICF) support with the core of the Tendermint consensus algorithm. Three years later, ICF held an ICO of ATOM tokens and successfully raised over $17 million. The fundings collected from Tendermint Inc through Series A fundings further support the development of Cosmos. Subsequently, co-founder Ethan Buchman and Jae Kwon authored and released a white paper on Cosmos in 2019, and officially launched Cosmos on the mainnet in March of the same year.

To maintain the interoperability between all zones within the Cosmos network, the Cosmos Hub uses Proof-of-Stake (PoS) mechanism. This communication of disparate blockchains known as the Inter-Blockchain Communication (IBC) protocol helps expand the interoperability non-limited to blockchains that are Temdermint-based. For example, any PoS cryptocurrencies like Cardano (ADA) can connect to the IBC.

Another of Cosmos’s goals is to make it easier for users to create and launch DApps in the network by solving sovereignty issues in other networks (e.g. Ethereum).

How Does Cosmos Coin Work?

There are three important layers that make up the Cosmos networks:

When all of these layers are combined, developers can easily build applications. But it’s only achievable with outsourcing tools like the Tendermint Byzantine Fault Tolerance (BFT) engine, which acts as the backbone of the Cosmos network. BFT is a Proof-of-Stake governance mechanism that keeps the distributed network working in sync with Cosmos Hub.

Using the Tendermint BFT algorithm, the network reaches a consensus between all the blockchains in the Cosmos network connected through the IBC protocol. The separate blockchains communicate with the Ignite CLI (formerly Tendermint Core) using the Application Blockchain Interface (ABCI), allowing developers to build DApps in the respective networks using different programming languages. Because of this capability, users aren’t required to develop a DApp from scratch. Instead, they use existing codes to replicate the DApps.

The Cosmos SDK provides simple tools for developers without sovereignty issues found in Ethereum. To illustrate, if developers want to create a DApp in Ethereum, they have to abide by certain rules and regulations set by the Ethereum network. That is not the case with Cosmos.

The native token ATOM is used to run services on the Cosmos network. ATOM tokens are not mined in the same way as on PoW networks. The computational power of the nodes doesn’t determine their mining rewards. Instead, nodes are rewarded based on the number of ATOM tokens they’ve staked. The more you stake, the more you are rewarded.

Staking tokens requires that you lock your ATOM tokens for a certain period so that the network can use your locked tokens for securing itself. After the staking period is finished, you get your ATOM tokens back, plus additional tokens as an incentive to keep staking even more. If a node is caught being dishonest, that node can be penalized, resulting in the loss of ATOM tokens.

Another highlight for ATOM is its use to power the participation of validator nodes. For example, to become a validator of the Cosmos network, a participant needs to be at least in the top 100 to stake ATOM. Should the participant be in the top 100, they will earn the right to vote for the changes in the network. At the same time, the voting power is highly dependent on the amount of ATOM that is being staked.

Over the last few years, Cosmos has expanded its ecosystem with more new partners and projects that can potentially drive its price higher. To illustrate, the Binance Chain works on the Cosmos network. Akash is working on providing a marketplace for developers there, and E-Money, a European network, is also working on the Cosmos network. IRISnet was built with Cosmos SDK and has plans to focus on the business field of blockchain interoperability. Even Loom, a project that began on Ethereum, has now shifted to the Cosmos network because of the Tendermint BFT algorithm’s many features.

These projects and many others have made Cosmos a rather favourable network for developers and investors. To add anonymous credentials to the Cosmos network, the team collaborated with Nym in 2020. A few months later, Cosmos released the IBC protocol to the public with the launch of Stargate.

The ATOM token was launched in March 2019 at a starting price of $7.50. The price dipped to $3.45 within a few days, as buyers who had purchased ATOMs in the ICO took advantage of the new price and sold their tokens.

As of July 20, 2022, ATOM has a circulating supply of 292,586,163 and a market capitalization of $2.9 billion, ranking them at number 27 among the entire crypto market. If you bought the asset since their launch (or earliest known price); the estimated investment return is around 57.76% based on the current market price of $10.17.

Since the beginning of the year, ATOM has seen significant decline after its massive growth in 2021. Despite announcements of interchain security development, the price of ATOM has dropped amidst the crypto bearish trend. ATOM has increased by 29.06% over the last 7 days and 56.42% over the last month after dropping 77.06% from all time highs of $44.70 in September 2021. ATOM is currently trading at $10.17 on July 20, 2022.

While there is no concrete evidence to prove that ATOM’s price may surge based on the projections, the scalability issues Cosmos aims to resolve are undeniable. Looking at the current state of crypto, here are some of the predictions:

Where to keep your ATOM

Cosmos originally introduced itself as a revolutionary cryptocurrency network, making quite a name for itself immediately after its release. Since then, ATOM tokens have been widely accepted by many exchanges and is available in major cryptocurrency exchanges.

Heralded as the “internet of blockchains,” Cosmos has since integrated DeFi into its network with the creation of Crescent Network (formerly Gravity DEX), an automated market maker (AMM) that can increase the liquidity of the Cosmos network. A key characteristic of this AMM is that it may feature a hybrid version of both liquidity pools and traditional order book models. The Cosmos developers believe that this might be the main reason why Crescent Network could be one of the most efficient automated market makers (AMMs) in the crypto market.

An innovation such as this one, which enables AMMs and connecting different blockchains, could make Cosmos one of the best networks in the crypto market. Another feature that Crescent has added is the Gravity Bridge. This feature allows a peg zone to connect directly to the Cosmos Hub so that tokens of different blockchains (i.e., Ethereum) can be used directly to secure the Cosmos network and be staked by users.

Interchain security will also be released in 2022 as a solution for shared security. Although this might seem similar to Polkadot and their Relay Chain model, the interchain security offered is 100% optional and non-mandatory unlike Polkadot. The Cosmos Hub will also offer layered security where it would allow a local chain token such as OSMO, combined with ATOM to determine Osmosis's validator set composition. This allows Cosmos to stay true to their philosophy of transparency and sovereignty.

Once these features start to roll out, we could see an increase in demand on the Cosmos network, driving the price of ATOM higher in the future.

To sum up, the Cosmos ecosystem is proud to be one of the most sustainable networks in the crypto market. Not only does it solve scalability issues and provide sovereignty for developers with the Cosmos SDK, but it also connects different blockchains by providing a medium for co-working. Undoubtedly, the technology used can boost network expansion, and community support helps foster an even better cosmos ecosystem. Still, the future of Cosmos is unpredictable.