What Is Aave Crypto and Is It a Good Investment? 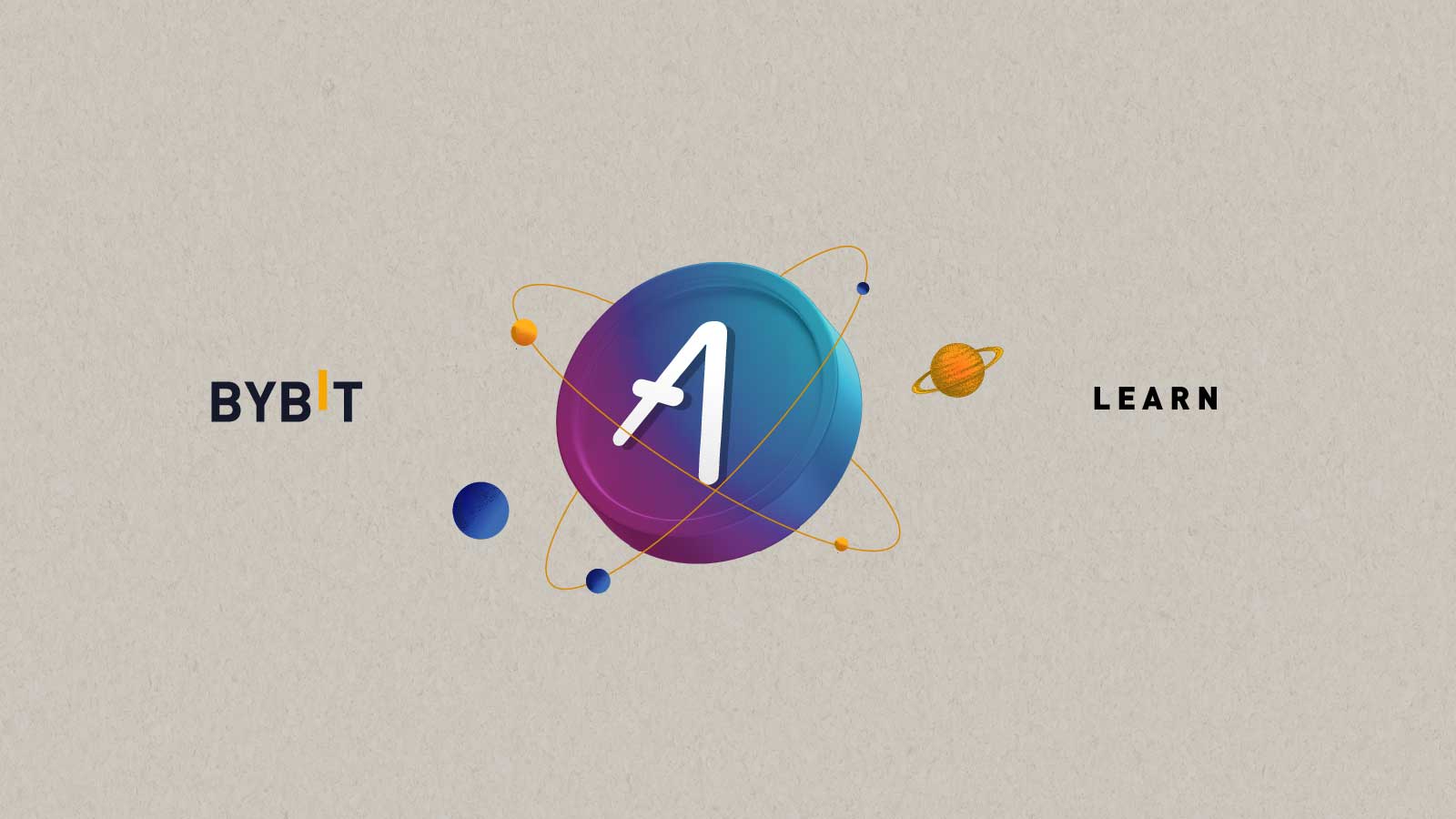 Aave is a decentralized money lending protocol that has recently gained traction, having released a workable DeFi solution. In this article, we’ll review its peculiarities, some key milestones in its development, and share predictions on where it could be heading in the near future.

Aave is a decentralized system of smart contracts running on the Ethereum blockchain. It allows users to create money markets and earn interest by lending and borrowing cryptocurrencies in a trustless manner.

The Aave ecosystem consists of the Aave protocol, AAVE holders, liquidity providers, Ethereum and DeFi wallet partners, developers, and projects contributing to Aave. This variety of products is powered by the native token — AAVE.

The most significant integral aspect of the Aave system is its open-source liquidity protocol launched on January 8, 2020. It was created with the goals of unlocking capital from smart contracts, improving capital flow within the DeFi ecosystem, and empowering the community to make decisions. The key features of Aave Protocol 2.0 are flash loans, aTokens, credit delegation, fixed-rate deposits, rate switching, and governance. Let’s review each of them in detail.

How Does Aave Work?

The Aave protocol allows users to earn interest on their digital assets and to borrow crypto tokens in the form of stable-rate loans, variable-rate loans and Flash Loans. It offers more than 15 cryptocurrencies for lending and borrowing, including DAI, ETH, LINK, USDT, and AAVE.

Lenders provide liquidity by depositing funds that are collected into liquidity pools. Each pool sets assets aside as reserves to hedge against volatility. To avoid possible liquidity issues, Aave has set up liquidity pools on Balancer and Uniswap so lenders can redeem their funds at any time.

Similar to other Ethereum-based DeFi lending systems, Aave supports the concept of overcollateralized loans. This means that to borrow assets, users must first lock up collateral that exceeds the borrowed amount by 50–75%. This protects the funds in the protocol in case users cannot repay their loans. It is important that borrowers maintain the collateralization ratio. Otherwise, their collateral is automatically sold or liquidated to repay the loan. Any interest earned by investing helps offset the interest rate accrued through loans.

Regardless of whether deposits are intended for lending or borrowing, users get interest-earning aTokens in exchange — which are pegged 1:1 to the value of the underlying asset. Each aToken is based on one crypto asset. For example, depositing ETH gives users aETH tokens. Such aTokens can be freely stored, transferred and traded. This exchanging mechanism allows borrowers to access various cryptocurrencies without owning them.

Lenders have the opportunity to continuously earn interest on deposited assets. Interest rates depend on the currency, its lending supply, borrowing demand and the utilization rate. In addition, aToken holders receive a percentage of fees accrued from Aave’s Flash Loans mechanism.

What makes Aave unique is that it allows customers to take instant loans without any collateral via flash loans, a borrowing mechanism primarily intended for developers. A flash loan is made on the condition that the principal amount must be repaid within a single Ethereum transaction. If the loan is not returned to the pool on time, the transaction gets reversed. This guarantees the safety of the funds in the reserve pool, and nobody takes a risk. A Flash Loan requires a 0.09% fee and is completed within a 13-second period.

Flash Loans can be used for the following purposes:

Regardless of the purpose, the payback mechanism is protected by the code, which contributes to the overall security of the system. This feature also allows users to borrow and lend funds without having to rely on any third party.

Aave vs. Compound: Similarities and Differences

Aave and Compound Finance have been two of the largest DeFi lending platforms (and the largest competitors) since the launch of the lending protocol. At first glance, they look much the same. However, there are some significant differences between them.

Here’s what Aave and Compound have in common:

Despite their similarities, a few key points set them apart. Among these differences are the following:

The Aave platform is powered by the AAVE token (formerly known as LEND), based on the ERC-20 standard. It was created to encourage users to manage and develop the Aave ecosystem by voting and staking their tokens.

LEND was the native token of Aave from 2017 to 2020, when the migration to the new currency began. LEND has been swapped for AAVE at a rate of 100:1. The total coin supply was converted from 1.3 billion LEND to 16 million AAVE. 13 million AAVE tokens were issued, to be redeemed by LEND token holders, and 3 million tokens are held in the Aave ecosystem reserve to stimulate protocol growth.

AAVE tokens are designed to be deflationary. About 80% of platform fees are used by the protocol. In order to increase the token value, coins collected from fees are burned. Users can buy AAVE from exchanges, or earn tokens by depositing or taking out a loan. The coins can be stored in any Ethereum-compatible wallet, such as MyEtherWallet or MetaMask.

The AAVE token has several functions and advantages, which include:

In addition, if AAVE holders pay commissions by using AAVE, they can further examine loans before they’re released to the general public. Borrowers are not charged fees if they take out loans denominated in the AAVE token.

Aave recently announced plans to launch its own overcollateralized stablecoin called “GHO”. The team has released a governance proposal on GHO and the development is subjected to the decision of the community decentralized autonomous organization (DAO) and AAVE holders. According to the proposal, the stablecoin will be supported by a diversified set of crypto assets, with hopes to generate a huge amount of revenue and send it back into the DAO treasury. The interest generated from GHO loans will be utilized to back Aave and maintain its steady growth by reinvesting in the ecosystem, innovating on new features, or protecting the Aave treasury during a downturn. On 31st July 2022, GHO has been greenlighted with a 99.99% yes vote, kickstarting discussions around the initial parameters.

GHO will be native to the Aave ecosystem and launched exclusively on Ethereum. Proposals for implementations with other Aave-supported blockchains such as Arbitrum, Fantom, Polygon, etc will be considered after its initial development.

Aave V3 will also be able to issue GHO as interest payments on deposits, paying users in stablecoins instead of volatile assets. The option to borrow GHO would provide borrowers a second choice while improving stability during periods of market volatility by redirecting borrowing demand away from overcrowded stablecoin pools.

GHO will be native to the Aave ecosystem and launched exclusively on Ethereum. Proposals for implementations with other Aave-supported blockchains such as Arbitrum, Fantom, Polygon, etc will be considered after its initial development.

The History of Aave

In November 2017, Stani Kulechov established a peer-to-peer (P2P) lending platform, ETHLend, in response to the lack of loan applications on Ethereum. Since then, some important events have transpired in the ecosystem.

As the project continues to evolve, major new milestones can be expected in the future.

AAVE’s price history begins with the 2017 ICO when LEND was sold at a rate of $0.0162. Since then, the token’s value has been steadily increasing, reaching $84.31 at the end of December 2020. AAVE’s unique selling points picked up from the crypto market as the protocol is self-sustaining to allow “flash loans” with uncollateralized loan options in the DeFi space as long as it’s paid back within the same transaction.

As the demand for DeFi grew in 2021, AAVE became more valuable and eventually peaked at an all-time high of $666.86 on May 18, 2021. However, this trend declined and AAVE retracted to its current lows of $65 to $95. Currently, AAVE is trading at $80.08 one year after its all-time high. While AAVE has been in a negative trend for a few months, could we see their price turning around in the long run?

What Is the Future of AAVE?

The future of AAVE looks really bright at the moment. The global crypto market capitalization has grown incredibly, reaching more than $1.7 trillion. We can therefore assume that the hype around digital assets will not diminish and that the need for online borrowing in the form of cryptocurrencies will only increase. Since AAVE is one of the most exciting projects in the DeFi industry, we believe it will play a crucial role in this niche.

In a highly volatile cryptocurrency market, it’s difficult to say if a token is a good long-term investment. However, some experts and analysis services are trying to predict the future of AAVE based on information from various sources.

We can see that many analysts are still optimistic despite the current market conditions, expecting the token's price to reverse upwards between 50% and 100%.

AAVE’s price is affected by different factors. The first one is the growth of the overall crypto market capitalization, which means increasing currency adoption. The second factor is the hype around the DeFi sector, in which Aave is one of the most promising projects. Its leadership in the field of “flash loans” also counts. Another factor influencing AAVE’s value is token burning, which lowers the supply and serves as a positive price driver. Besides, token price, usage and popularity are tied to the adoption of the Aave platform by users, as well as the success of assets it lists.

Aave represents a great solution for those who want to lend or borrow funds without having to rely on a bank or any other centralized financial institution. This decentralized approach and the processes guarded by code make Aave transparent and secure. As the demand for such solutions has only been growing over the past few years, the capitalization of Aave’s project is also expected to grow, together with the price of the coin fueling the platform, which makes it a very good investment indeed.